From MTV to Mecca by Kristiane Backer 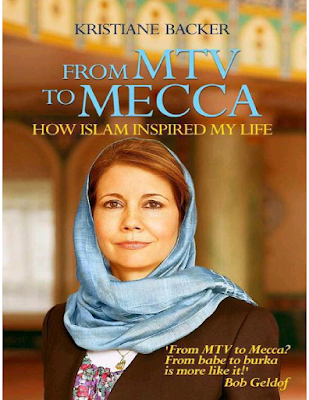 Book:- From MTV to Mecca by Kristiane Backer

From MTV to Mecca: How Islam Inspired my life by Kristiane Backer pdf free download. A autobiography of the famous tv personality. who was the apple of the eye of the European press and later she embraced Islam. All the changes she felt has been written by her.
She is thelady who experiences that wearing hijab doesn’t discriminate.
Rather, it enhances the respect of that female in the society and she is the symbol of purity. She was a German Television celebrity. Also she remaines in the news as the girlfriend of Imran Khan. But the relationship soon endes when she convertes into Islam.
Kristiane backer book shows despite the fame and her success she was not satisfied.  She couldn’t find solace in her soul. When she begins to read the Quran her life startes to change which eventually makes her a Muslim. The complete book is fascinating and she narrates her journey to the enlighte part. freebooksmania provides the download link below and hopes that you will like it.
***You May Also Like***
Download Now