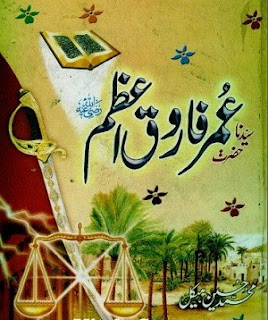 Umar Farooq e Azam By Muhammad Hussain Haikal download pdf is an Urdu book pdf based on the life account of the Second most influential and holy caliph of Islamic history called Umer Farooq.

Before the Islam, he was a man with ignorant views and use to worship statues. One day someone told him that his sister has embraced Islam that made him angry and he went to his house but at there she was reciting the verses of the Holy Quran which utterly shocked the darkness from his heart and he went to the Prophet of Allah to get light. After this, he became a shining monument of Islam and a great administrator. When he became the Caliph he was a ruler of 22,00,000 sq k.m kingdom.
He is remembered by the title Farooq given to him for being just and near to the peoples. freebooksmania provides the Umar Farooq e Azam By Muhammad Hussain download link below.
Download Now