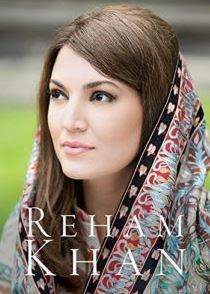 This book is full of crap and she has crossed all the legitimate lines of morality in her writings. She has forged many facts and painted Imran Khan as a drug addict, a man who is fond of sex and prone to bisexuality. She has admitted that she got met with Shehbaz Sharif and Maryam Nawaz. This kind of writings which she has described cannot be from a woman of our society. She has openly burst on Imran Khan past and alleged her of 5 illegal children flirting with news anchors sending them nudes she claims that Imran Khan has a pro-zionist mind. She accuses Pakistani media of being Pro-Imran and hiding his character etc.
This book will surely hit your head because this book is highly biased and it contains such kind of stupidity which is unacceptable in our society. Surely the release timing of this book is evidence that it is an election card that will be used by the opposition but low his popularity but people do have the right of the vote so they can see what is true and what is crap. we highly recommend you to take this book as a form of entertainment and do not believe in this kind of stuff. we also recommend you to not read this book.
Download Now

You May also like Imran Khan Pakistan A Personal History