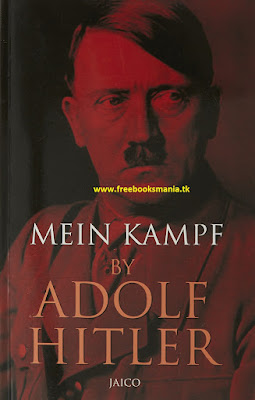 Mein Kampf by Adolf Hitler in Eng+Urdu download is the biography of a  man who made suffer the whole world, German dictator and Chancellor of Nazi Party. Mein Kampf by Adolf Hitler (Hitler ki Aap Beti) explains his life story to become the supreme commander of Germany. Adolf Hitler was a man who believed in the glory of his own nation and he gave them the title “Nazis” the superior of all. This man initiated the world war II by attacking Poland and in that greatest war in human history almost 60 million people died.

This is the biography which he wrote earlier to second great war, in this book he wrote about his struggle his early life, childhood, family participation in a first world war. He considered the “Jews” as his bitterest enemy and for his nation who pushed Germany into the war of destruction and that’s why during his whole political rise he criticized them, killed them and did this job as a redemptive act for his nation. The main part of this book contains his life journey and efforts that made him so cruel or in his words successful. freebooksmania has provided the link of this book in English and you can also download it in Urdu as Hitler ki Aap Beti.