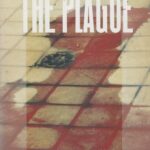 Summary:The Plague by Albert Camus The Plague pdf free download is a cultural classic fictional novel written by French author Albert Camus. The novel is originally written in French and named “La Peste”. The novel was initially published in 1947 and was later translated into English and published by Stuart Gilbert as The Plague. The […]