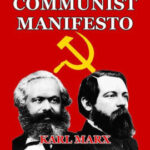 Summary of The Communist Manifesto The communist manifesto pdf is written by Karl Marx and Friedrich Engels in 1848. It is considered to be the best political document of all times. Communist league commissioned them for writing it. It was written in German language but because of its ideologies, it was translated later into 200 […]