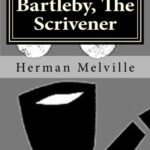 Review of Bartleby the scrivener Bartleby pdf free download, the scrivener was written by Herman Melville in 1853. Herman was an American novelist and story writer especially, short stories. He was called the poet of the American Renaissance period. He was best known for his novels of the sea, including the masterpiece and Moby Dick. […]