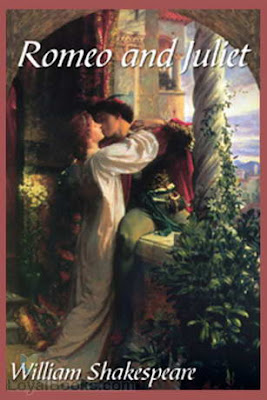 This book is one of the greatest hit of English literature and the finest romantic tale by the writer ever.

In Romeo and Juliet, Shakespeare creates a world of violence and generational conflict in which two young people fall in love and die because of that love. The story is rather extraordinary in that the normal problems faced by young lovers are here so very large. It is not simply that the families of Romeo and Juliet disapprove of the lover’s affection for each other; rather, the Montagues and the Capulets are on opposite sides in a blood feud and are trying to kill each other on the streets of Verona. Every time a member of one of the two families dies in the fight, his relatives demand the blood of his killer. Because of the feud, if Romeo is discovered with Juliet by her family, he will be killed. Once Romeo is banished, the only way that Juliet can avoid being married to someone else is to take a potion that apparently kills her, so that she is burried with the bodies of her slain relatives. In this violent, death-filled world, the movement of the story from love at first sight to the union of the lovers in death seems almost inevitable.
What is so striking about this play is that despite its extraordinary setting (one perhaps reflecting Elizabethan attitudes about hot-blooded Italians), it has become the quintessential story of young love. Because most young lovers feel that they have to overcome giant obstacles in order to be together, because they feel that they would rather die than be kept apart, and especially because the language Shakespeare gives his young lovers is so exquisite, allowing them to say to each other just what we would all say to a lover if we only knew how, it is easy to respond to this play as if it were about all young lovers rather than about a particular couple in a very unusual world. (When the play was rewritten in the eighteen century as The History and Fall of Caius Marius, the violent setting became that of a particularly discordant period in classical Rome; when Leonard Berstein rewrote the play as West Side Story, he chose the violent world of New York street gangs.

freebooksmania provides the Romeo and Juliet by William Shakespeare pdf download link below and hopes you will like this book. we request you to Like our Pages.