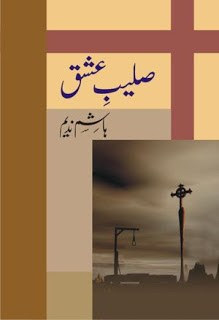 Suleeb-e-Ishq by Hashim Nadeem free pdf contains short stories. Some chapter of book comprises on poetry Not a handsome having ordinary face cuts.  However, his parents named him as Parizad which means too much beautiful. So, this was contradiction in shape and name. people always abused him. none valued him. he always lives in complexes. Why god didn’t make him beautiful. Like other people.

His fellows and his siblings were also fed up with him he was the seventh child of his father. Only his mother loved him. he completed his metric from a government school. He got admission to the university and became a poet. He always thought that money is everything. For testing his luck, he went to Dubai. Where he became a leader of the gang working under a gang star. The purpose of this novel is to expose the true face of our society.

That there is no place for a black and ugly creature. We hate black. Even we didn’t except the truth. The creation of nature. Spending 10 years in Dubai he became a millionaire. After years he returns to Pakistan and fell in love with an artist. But to lost her make him scared. So, he decides to leave his luxury life and live like an as normal man in jungles. So, he goes to different villages want to live there but he was a fortune.

Where he goes people start loving him and he became the point of interest for people.But we didn’t recognize such relations and didn’t care who creates us. In results, we walk in the wrong way that leads us to hell. This story is loving. and you will enjoy with sorrow and happiness. He portrays a fiction in such a way that it looks like real. Abdullah is his masterpiece this novel was translated into too many languages.