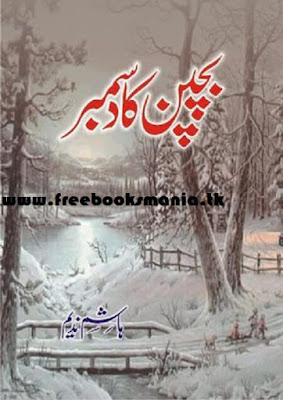 Bapchan ka December by Hashim Nadeem pdf looks like his own biography. But I loved this biography. The loving way in which he has written this. The story of a young child that belongs to a poor family and lives in a backward area. His friend Naheed was loving. their friendship was extraordinary. He completes his basic education from a village school. In six classes he got admission to cadet School in another province.

He didn’t want to leave his village. But it was all about his future. So, he leaves his village and spends his six years of life in cadet college. He became a young man. Literally mature person. After completion of his studies, he completes BA on whish of his female friend and neighbor naheed. Because once he loved her. Passing his BA examination, he passed his CSS examination and became CSP officer. He is appointed in his own village.

He cracks down against robbers and other people. But at that time his love Naheed got married. Internally he is a broken person. He becomes a depressed person. But soon he comes out from this phase. Starts to live a normal person. When I was reading this novel, I felt that this is my story. Also, most of his books won the award. He has also won the best writer award of the year. His drama serial Khuda Aur Muhabbat won lux hum style awards as the best drama of the year.

Keep Sharing and give us your review in the comment box!