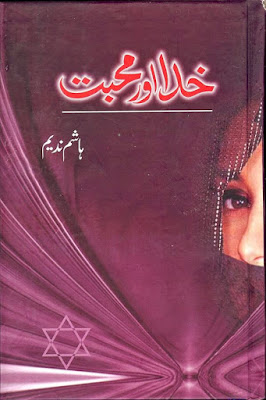 Khuda Aur Muhabbat by Hashim Nadeem pdf is brand. This novel reveals the story of an elite class boy and a girl of molvi. Hammad is the son of an elite class officer. But he falls in love with the daughter of imam masjid. Imam masjid is a poor man. The daughter of the movie is also a noble girl. Besides all this Hammad wants to marry her. But the parents of Hammad didn’t agree with him. They don’t allow to marry her.

As a result, they torture molvi and blame him. in this contradiction, Hammad leaves his home and starts to live in a railway station. He starts working as labor at a railway station. The deputy of the railway station has no son so he brings him to his home. During this, he meets once or twice to that girl.Actually, this novel is all about the relation of Allah with a man. This is the most relationship in the universe than any other relation.

It has its worth. But we didn’t recognize such relations and didn’t care who creates us. In results, we walk in the wrong way that leads us to hell. This story is loving. and you will enjoy with sorrow and happiness. He portrays a fiction in such a way that it looks like real. Abdullah is his masterpiece this novel was translated into too many languages. Hashim writes parallel with spirituality and romance. Also, most of his books won the award.