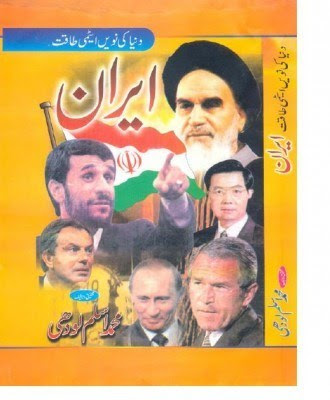 History of Iran by Aslam Lodhi in Urdu is a thorough account of the Muslim country. Iran remained a country of sheer importance in all the era of the world. That is the reason its history is quite fascinating and intriguing.
After the ousted Shah of Iran, there were Islamic Revolution in the whole country and it became a sovereign state of Islam.
Since there is the majority of Shia sect so it became as the state representing Shia ideology. Their interest and for that it has put the country in direct line of fire with the Kingdom of Saudia Arabia. The seeds of hatred were plowed during the Iran-Iraq war. On which KSA sided with the Iraq which then closed all the doors of friendship.  Peace between these two countries and onwards to that they are fierce rivals of each other.
Maneuvering for religious monopoly. This book tells us about the current scenario of Iran in the modern world. Its lust for nuclear weapons which has also suffered its relations with the world powers. After Rohani being elected as the president. there were some measures which compelled Iran to halt its nuclear program.
In return, the world would lift the sanctions on it through which it can trade freely. Although this worked until the current president revoked the agreement and has put Iran in a confused state. freebooksmania provides the History of Iran Urdu book by Aslam Lodhi pdf free download link below and wish you a happy reading.
***You May Also Like History Books***
Download Now

Somanatha the many voices of a History free pdf download