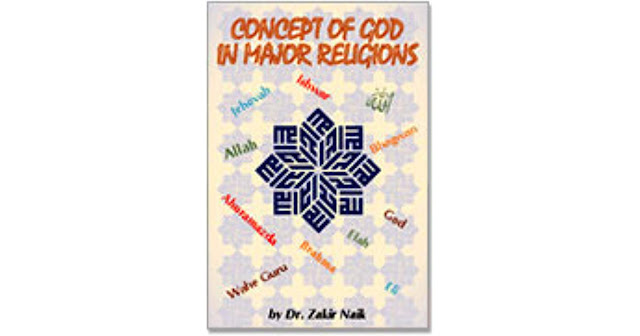 Book:-  Concept of God in Major Religions by Dr.Zakir Naik

Concept of God in Major Religions by Dr.Zakir Naik pdf free download is available here. This book elaborates the different perceptions of God in different religions. The writer explains different ideas of the people all around the world about God that what the people think about the creator that universe. There are a lot of contradictions that have found within the people, because of different regional ideas.
Dr.Zakir Naik is a well known Islamic scholar that gained knowledge not only in Islam, but also directed his attention towards scientific mastery. He uses to prove his every statement by references and examples. By his radical thoughts, he uses to promote Islam and denounce every opposition that rivals make against Islam!
Dr. Zakir Naik always brought the house down by being much realistic and giving the true meaning of the religion Islam. As a public speaker, a lot of people became Muslim and entered into the area of jurisdiction of Islam, by his strong views about Islam.
His famous book Concept of God in Major religions is available on
***You May Also Like Islamic Books from Zakir Naik***