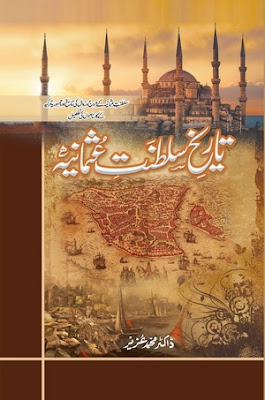 Tareekh Daulat e Usmania complete 2 vol by doctor Muhammad Aziz is a great book based on the Ottoman empire. Moreover, Which once was the most prosperous and great state of the world. Actually, A true symbol of Muslims sagacity and their Caliphate.
The foundation of the Ottoman empire was laid by Osman Ertugral. Who after the decline of the Seljuk empire. However,  Bacame the power and announced their indepandance. In fact, From 1299 to 1918 it was an empire whose vastness was stretched to almost 3 continents also including parts of Europe. Also, Turk’s management skills and bravery made their regime and empire mighty. They enjoy leading a great nation of the Muslims.
This book thoroughly accounts the ottoman empire history their ups and downs. It is one of the most researched and authentic Islamic history books in Urdu free download pdf. freebooksmania is providing this book for educational purpose and hopes that you will enjoy it.
Download Vol 1
Download Vol 2