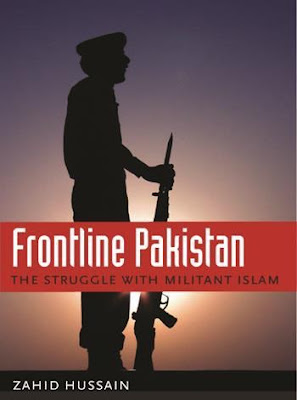 Front Line Pakistan Zahid Hussain pdf download The Struggle with the Militant Islam by Zahid Hussain is a political history of Pakistan when Gen Musharraf came into power after a coup at that time the country was surrounded by a lot diplomatic and economic crisis.

This book accounts the era of General Musharaf and the events after the incident of 9/11 which pushed Pakistan into a difficult position where the president vowed to stand with the US and fight against terrorism and became a key ally of the US in Afganistan. After supporting the US, Pakistan also became a target of extremists and radical groups. Moreover, a long wave of terrorism spread the whole country. Which lasted very long and it even took down Benazir Bhutto with itself.

The famous American writer Seymour Hersh has also written a feature for this book and called it an informative study. This book will let you know about the complex power system of the country. How religion and the throne are associated. You can download the book below for free it is also good for CSS students as well.